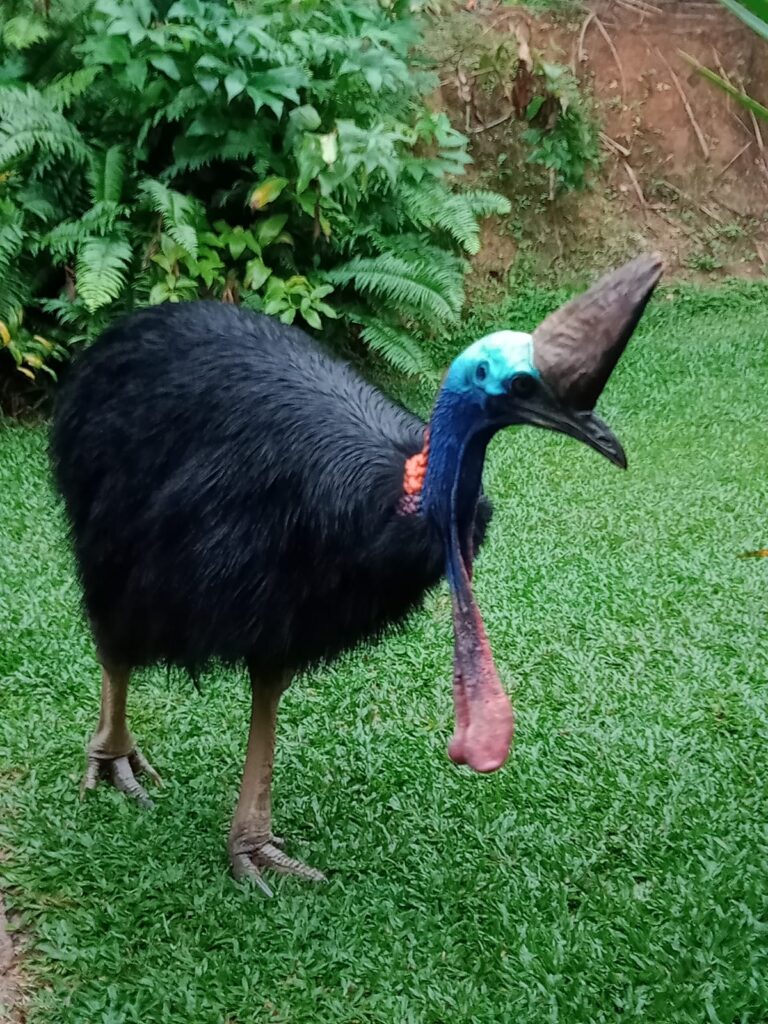 On a slightly overcast day near Mission Beach (only a 3 hour drive North of Townsville) you may be lucky enough to see and capture a photograph of a Cassowary.

The Cassowary is a very large but flightless bird slightly smaller in size to Africa’s Ostrich.

The cassowary colours are wonderful camouflage as this prehistoric looking bird moves through the dappled light of its rainforest home. These big birds are spectacular but scary to come across while bush walking, but rarely cause a problem to humans.

The female Cassowary lays three to five very large brightly coloured green eggs, but it is the male bird that sits on the eggs and then rears the chicks to sub adulthood.

The Cassowary is an endangered species mainly due to reduced habitat, car strike and animal attacks.